Delia Ann Smith CH CBE (born 18 June 1941) is an English cook and television presenter, known for teaching basic cookery skills in a no-nonsense style. One of the best known celebrity chefs in British popular culture, Smith has influenced viewers to become more culinarily adventurous. She is also famous for her role as joint majority shareholder at Norwich City F.C.

Born to Harold Bartlett Smith (1920–1999), an R.A.F. radio operator, and Welsh mother Etty Jones Lewis (1919–2020), in Woking, Surrey, Smith attended Bexleyheath School, leaving at the age of 16 without a single O-level. Her first job was as a hairdresser; she also worked as a shop assistant and in a travel agency.

At 21, she started work in a small restaurant in Paddington, initially washing dishes before moving on to waitressing and eventually being allowed to help with the cooking. She started reading English cookery books in the Reading Room at the British Museum, trying out the recipes on a Harley Street family with whom she was living.

Her next job was at Carlton Studios in London, where she prepared food for studio photography.

In 1969 Smith was taken on as the cookery writer for the Daily Mirror's newly launched magazine. Their deputy editor was Michael Wynn-Jones, whom she later married. Her first piece featured kipper pâté, beef in beer and cheesecake. She baked the cake that was used on the cover of The Rolling Stones' album Let It Bleed. In 1972 Smith started a column in the Evening Standard. She later defected to the rival Evening News, but she returned to the Standard when that newspaper bought out the News. She wrote for both for 12 years; later she wrote a column for the Radio Times until 1986.

Smith's first television appearances came in the early 1970s, as resident cook on BBC East's regional magazine programme Look East, shown on BBC One across East Anglia. Following this, she was offered her own cookery television show, Family Fare which ran between 1973 and 1975.

Smith became a recognisable figure amongst young people in the 1970s and early 1980s when she was an occasional guest on the BBC's Saturday morning children's programme Multicoloured Swap Shop, giving basic cooking demonstrations.

Her 1995 book Delia Smith's The Winter Collection sold 2 million copies in hardback, becoming the fifth biggest-selling book of the 1990s.

In 2003 Smith announced her retirement from television. However, she returned for an eponymous six-part series airing on the BBC in Spring 2008. The accompanying book, an update of her 1971 best-seller How to Cheat at Cooking, was published in February 2008, again becoming a best-seller.

In 2005, Smith announced that she was supporting the Labour Party in the forthcoming election.

In 2010 she appeared in a five-episode series, Delia through the Decades, with each episode exploring a new decade of her cooking.

In March 2010, Smith and Heston Blumenthal were signed up to appear in a series of 40 commercials on British television for the supermarket chain Waitrose.

In February 2013 she announced that she had retired from television cookery programmes, and would concentrate on offering her recipes online.

It has been claimed that Smith's television series Delia's How to Cook led to a 10% rise in egg sales in Britain and her use of ingredients such as frozen mash and tinned minced beef and onions, or utensils such as an omelette pan, could cause sell-outs overnight. This phenomenon, dubbed the "Delia effect", was most recently seen in 2008, after her book How to Cheat at Cooking was published. Her fame (and her relatively uncommon name) has meant that her first name has become sufficient to identify her to the public and the "Delia effect" has become a commonly used phrase to describe a run on a previously poor-selling product as a result of a high-profile recommendation.

Smith has developed other business interests outside of her culinary ventures, notably a majority shareholding in the football team Norwich City, with her husband. Both Smith and Wynn-Jones were season ticket holders at Norwich and were invited to invest in the club, which had fallen on hard times.

In February 2005, Smith attracted attention during the half-time break of a home match against Manchester City. At the time Norwich were fighting an ultimately unsuccessful battle against relegation from the Premier League, and to rally the crowd, Smith grabbed the microphone from the club announcer on the pitch and said: "A message for the best football supporters in the world: we need a 12th man here. Where are you? Where are you? Let's be 'avin' you! Come on!" Norwich lost the match 3–2. Smith denied suggestions in the media that she had been drunk while delivering the speech though she did concede that "maybe in the heat of the moment I didn't choose the best words".

In 2008, it was reported that Smith had rejected an offer from Norfolk-born billionaire Peter Cullum, who wished to invest £20 million in the club, but wanted Smith and the other shareholders to relinquish their holdings. Both Smith and Cullin denied this offer had been made, with Smith telling the football club's AGM that she and her husband would be "very happy to stand aside" as majority shareholders if someone came along with an offer to buy them out.

In August 2011, Smith announced that, anticipating her 70th birthday, she was stepping down from her catering role at Norwich City's Carrow Road football ground: "It is now time for a fresh approach and a younger team who, I am confident, will take the business even further."

In 2012 Smith was among the British cultural icons selected by artist Sir Peter Blake to appear in a new version of his most famous artwork – the Beatles' Sgt. Pepper's Lonely Hearts Club Band album cover – to celebrate the British cultural figures of the last six decades.

She was appointed Member of the Order of the Companions of Honour (CH) in the 2017 Birthday Honours for services to cookery.

Smith was baptised in the Church of England, and attended a Methodist Sunday School, a Congregationalist Brownie group and later a Church of England youth group. At the age of twenty-two, she converted to Catholicism. Her first two short religious books, A Feast for Lent (1983) and A Feast for Advent (1983), are readings and reflections for these seasons. In 1988, she wrote a longer book on prayer, A Journey into God.

In 2012, Smith criticised atheism, claiming that "militant neo-atheists and devout secularists are busting a gut to drive us [religious people] off the radar and try to convince us that we hardly exist." 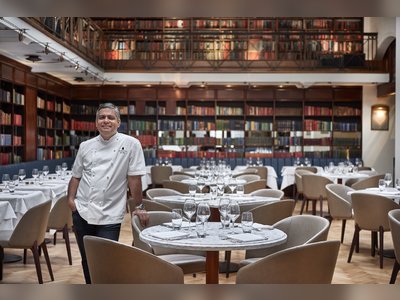 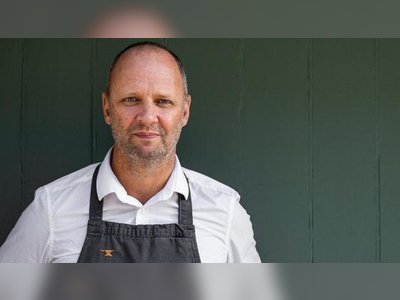 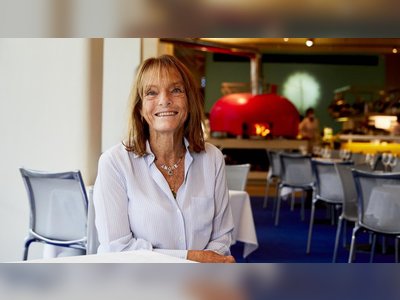 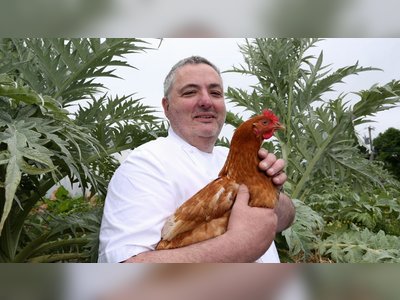 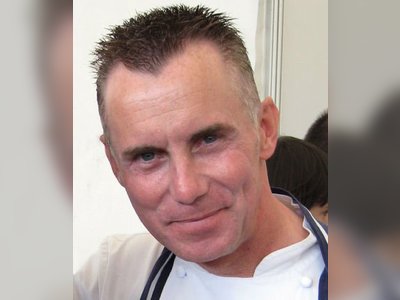