Grey-Thompson's Paralympic career started in the 100m at the Junior National Games for Wales in 1984.

Her international career began in 1988 in Seoul, where she won a bronze medal in the 400m. As a young athlete she also competed in wheelchair basketball. Her fifth and last Paralympic Games were in Athens (2004) where she won two gold medals in wheelchair racing in the 100m and 400m. In total in her Paralympic career she won 16 medals (11 gold, four silver and a bronze) and also 13 World Championship medals (six gold, five silver and two bronze).

On 27 February 2007 Grey-Thompson announced her pending retirement, with her last appearance for Great Britain at May's Paralympic World Cup in Manchester.

Over her career she won a total of 16 Paralympic medals, including 11 golds, held over 30 world records and won the London Marathon six times between 1992 and 2002.

In preparation for her retirement from the track, she expanded her television presenting career on BBC Wales and S4C, as well as BBC One.

She has presented BBC Wales X-ray, Big Welsh Challenge, Land of our Mothers, BBC2’s From the Edge, and also worked for BBC Radio Wales, Five Live, and Radio Cleveland. She was a key member of the BBC commentary team at the Beijing Paralympics 2008, and of subsequent Paralympics. She is one of the first (and only) female wheelchair users in the world to present on television.

Grey-Thompson is patron of numerous charities including the Duke of Edinburgh Awards scheme, the Wembley Stadium Legacy Trust, the Guernsey Disability Alliance and Zoё's Place Baby Hospice, a charity for sick babies and young children. She is also President of Sportsleaders UK, a UNICEF Ambassador, Academy member of the Laureus World Sport Academy (trustee of the Sport for Good Foundation) and a Council member for the Winston Churchill Memorial Trust.

As well as this she is the Patron of the Tees Wheelyboats Club, a group providing disabled people with access to the River Tees, In July 2011 Grey-Thompson was announced as the President of the Leadership 20:20 Commission, the Commission on the future leadership of Civil Society. She launched the Commission's recommendations in Parliament on 14 December 2011.

Previously she has also been a Trustee of V, the Tony Blair Sports Foundation, Sportsaid Foundation (which she was a recipient as a young athlete), an International Inspiration Ambassador and Chair of the Women's Sports and Fitness Foundation Commission on the Future of Women's Sport.

Grey-Thompson has also been the Chancellor of Northumbria University since July 2015.

In December 2021, Grey-Thompson was appointed as Chair of the North of Tyne Combined Authority's Inclusive Economy Board.

On 23 March 2010, Grey-Thompson was created a Life Peer on the recommendation of the House of Lords Appointments Commission (HOLAC). Despite previously suggesting a desire for a title with a Welsh connection, her title was conferred as Baroness Grey-Thompson, of Eaglescliffe in Stockton-On-Tees on 23 March 2010.

Grey-Thompson was introduced in the House of Lords on 29 March, swearing the oath of allegiance in both English and Welsh and sits as a crossbencher.

In Aug 2014, Grey-Thompson was one of 200 public figures who were signatories to a letter to The Guardian opposing Scottish independence in the run-up to September's referendum on that issue.

Grey-Thompson was named the BBC Wales Sports Personality of the Year three times; in 1992, 2000 and 2004. In 2000, she came third in the BBC Sports Personality of the Year, behind Steve Redgrave and Denise Lewis. That year she also received the Helen Rollason Award for her performance at the 2000 Summer Paralympics. In August 2009, she was made a member of the Gorsedd at the 2009 National Eisteddfod in Bala, Gwynedd.

Willenhall School Sports College, West Midlands has named a house in her honour, where each of the eight houses is named after influential sports stars and local heroes. Roundwood Park School set up a house system in 2011. In July 2012, the blue house became Grey-Thompson house.

In November 2012, she was appointed to the three-person commission that has been set up by the Union Cycliste Internationale to investigate the Lance Armstrong doping affair.

In February 2013, she was assessed as one of the 100 most powerful women in the United Kingdom by Woman's Hour on BBC Radio 4.

In June 2018, she was inducted into Power Brands LIFE – Hall of Fame at London International Forum for Equality.

In January 2019, she was chosen as a contender for the "Greatest Person of the 20th Century" in the BBC Icons series but did not proceed beyond the 'Sports Stars' heat.

On 15 December 2019, she was given the BBC Sports Personality of the Year Lifetime Achievement Award.

In July 2013, she received an Honorary Doctorate of Science (HonDSc) in recognition of her outstanding service to disability and to disadvantaged people, and to her promotion of sport and the Paralympics.

On 15 June 2016, she was awarded the degree of Doctor of Law (honoris causa) by the University of Cambridge.

Grey-Thompson has spina bifida and is a wheelchair user. She was christened Carys Davina Grey, but her sister referred to her as "tiny" when she first saw her, pronouncing it "tanni"; the nickname stuck.

Grey-Thompson attended St Cyres Comprehensive School. She graduated from Loughborough University in 1991 with a BA (Hons) degree in Politics and Social Administration.

She is married to Ian Thompson, a research chemist and former wheelchair athlete. They live at Eaglescliffe, Stockton-on-Tees; they have one daughter.

Her autobiography Seize the Day was published by Hodder and Stoughton in 2001. 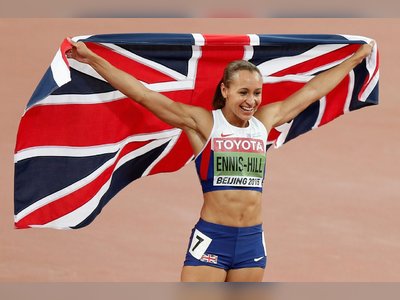 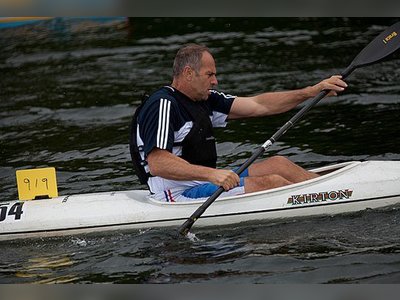 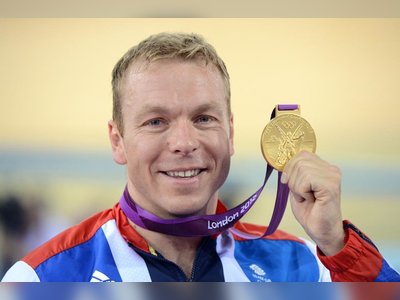 Chris Hoy - The Most Successful Track Cyclist Of All Time 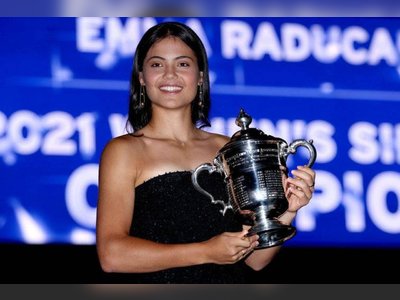 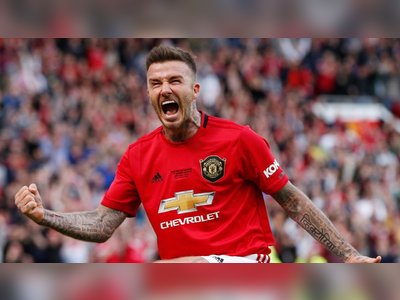