John Rolfe (1585–1622) was one of the early English settlers of North America. He is credited with the first successful cultivation of tobacco as an export crop in North America, in the Colony of Virginia starting in 1611. In 1609, Rolfe and his young family joined the Third Supply relief fleet to the Colony, embarking on the Sea Venture, which was run aground in Bermuda during a hurricane. Ten months later, the remnants of the fleet set off again for Jamestown on re-built ships; Rolfe's wife and infant daughter had not survived, and were buried in Bermuda. In 1612, he established the Varina plantation upstream from Jamestown. and in 1614 the first harvest of tobacco leaf was exported to England. Soon afterwards, Rolfe and others were exporting vast quantities of the new cash crop, turning the Virginia Colony into a highly profitable enterprise, the jewel of New England.
Rolfe married Pocahontas, daughter of a Native American leader, on 5 April 1614 after she had been forced to convert to Christianity, taking the baptismal name Rebecca. The strategic marriage between the planter and the high-born native created for many years a climate of peace between the Jamestown colonists and the local tribes, led by Rebecca's father, Powhatan. Unfortunately, in 1617, Rebecca died in Gravesend as they returned from a voyage to London, although their infant son Thomas survived. The peace pact also survived, and under it tobacco commerce grew, as did the Colony of Virginia, as did the New World.

John Rolfe (1585–1622) was one of the early English settlers of North America. He is credited with the first successful cultivation of tobacco as an export crop in the Colony of Virginia in 1611.

John Rolfe is believed to have been born in Heacham, Norfolk, England, in about 1585. At that time, Spain held a virtual monopoly on the lucrative tobacco trade. Most Spanish colonies in the New World were located in southern climates more favorable to tobacco growth than the English settlements (founded in the early 17th century, notably Jamestown in 1607). As the consumption of tobacco had increased, the balance of trade between England and Spain began to be seriously affected. Rolfe was one of a number of businessmen who saw the opportunity to undercut Spanish imports by growing tobacco in England's new colony in Virginia. He had somehow obtained seeds to take with him from a special popular strain, then being grown in Trinidad, South America, even though Spain had declared a penalty of death to anyone selling such seeds to a non-Spaniard.

At one point in time it was believed that John was the son of John Rolfe and his wife Dorothy Mason Rolfe, however, historians have now determined that this relationship is incorrect. One major inconsistence, which shows they are not his parents is that John is known to have had a brother named Henry. After John's death, his brother Henry Rolfe petitioned the Virginia Company for funds from John's Virginia estate, to help pay for the care of John's son Thoms Rolfe who was then in Henry's care. Dorothy Mason Rolfe and her husband John Rolfe are not known to have had a son named Henry.

Sailing with Third Supply to Virginia

A project of the proprietary Virginia Company of London, Jamestown had been established by an initial group of settlers on 14 May 1607. This colony proved as troubled as earlier English settlements. Two return trips with supplies by Christopher Newport arrived in 1608, while another large relief fleet was dispatched in 1609, carrying hundreds of new settlers and supplies across the Atlantic. Heading the Third Supply fleet was the new flagship of the Virginia Company, the Sea Venture, carrying Rolfe and his wife, Sarah Hacker.

The Third Supply fleet left England in May 1609 destined for Bermuda with seven large ships, towing two smaller pinnaces. In the southern region of the North Atlantic, they encountered a three-day-long storm, thought to have been a severe hurricane. The ships of the fleet became separated. The new Sea Venture, whose caulking had not cured, was taking on water faster than it could be bailed. The Admiral of the Company, Sir George Somers, took the helm and the ship was deliberately driven onto the reefs of Bermuda to prevent its foundering. All aboard, 150 passengers and crew, and 1 dog, survived. Most remained for ten months in Bermuda, subsequently also known as "The Somers Isles", while they built two small ships to continue the voyage to Jamestown. A number of passengers and crew, however, did not complete this journey. Some had died or been killed, lost at sea (the Sea Venture's long boat had been fitted with a sail, and several men sent to take word to Jamestown, and they were never heard from again), or left behind to maintain England's claim to Bermuda. Because of this, although the Virginia Company's charter was not extended to Bermuda until 1612, the Colony at Bermuda dates its settlement from 1609. Among those left buried in Bermuda were Rolfe's wife and his infant daughter, Bermuda Rolfe.

In May 1610, the two newly constructed ships set sail from Bermuda, with 142 castaways on board, including Rolfe, George Somers, Stephen Hopkins, and Sir Thomas Gates. On arrival at Jamestown, they found the Virginia Colony almost destroyed by famine and disease during what has become known as the Starving Time. Very few supplies from the Third Supply had arrived because the same hurricane that caught the Sea Venture badly affected the rest of the fleet. Only 60 settlers remained alive. It was only through the arrival of the two small ships from Bermuda, and the arrival of another relief fleet commanded by Lord De La Warr on 10 June 1610, that the abandonment of Jamestown was avoided and the colony survived. After finally settling in Rolfe began his long-delayed work with tobacco.

In competing with Spain for European markets, there was another problem beside the warmer climates the Spanish settlements enjoyed. The native tobacco from Virginia was not liked by the English settlers, nor did it appeal to the market in England. However, Rolfe wanted to introduce sweeter strains from Trinidad, using the hard-to-obtain Spanish seeds he brought with him. In 1611, he was the first to commercially cultivate Nicotiana tabacum tobacco plants in North America; export of this sweeter tobacco beginning in 1612 helped turn the Virginia Colony into a profitable venture. He named his Virginia-grown strain of the tobacco "Orinoco", possibly in honour of tobacco popularizer Sir Walter Raleigh's expeditions in the 1580s up the Orinoco River in Guiana in search of the legendary City of Gold, El Dorado. The appeal of Orinoco tobacco was in its nicotine, and the conviviality of its use in social situations.

In 1612, Rolfe established Varina Farms, a plantation along the James River about 30 miles (50 km) upstream from Jamestown and across the river from Sir Thomas Dale's progressive development at Henricus. The first harvest of four barrels of tobacco leaf was exported from Virginia to England in March 1614. Soon afterwards, Rolfe and others were exporting vast quantities of the new cash crop. New plantations began growing along the James River, where export shipments could use wharfs along the river.

Rolfe married Pocahontas, daughter of the local Native American leader Powhatan, on 5 April 1614. Earlier that same year, Pocahontas was forced to convert to Christianity, she was baptized by Alexander Whitaker and chose "Rebecca" as her new baptismal name. Richard Buck officiated their wedding. Powhatan gave the newlyweds property just across the James River from Jamestown. They never lived on the land, which spanned thousands of acres, and instead lived on Rolfe's plantation, Varina Farms.

Their marriage created a climate of peace between the Jamestown colonists and Powhatan's tribes for several years; in 1615, Ralph Hamor wrote that "Since the wedding, we have had friendly commerce and trade not only with Powhatan but also with his subjects round about us." Their son, Thomas Rolfe, was born in January 1615.

John Rolfe and Rebecca continued cultivating tobacco with success. In 1616 they were sent to England as guests of the Virginia Company to promote colonization and investment in Virginia. They were accompanied by baby Thomas as well as by deputy-governor of the colony, Sir Thomas Dale, and 12 members of Rebecca's tribe, including her brother-in-law Uttamatomakkin. They sailed aboard the Treasurer, commanded by Captain Samuel Argall, and arrived at the port of Plymouth, England on 12 June, 1616. They toured England, promoting the colony, Queen Anne and others were reportedly charmed by Rebecca, and investment in the Virginia Company increased. During their visit, John Rolfe wrote "A True Relation of the state of Virginia Lefte by Sir Thomas Dale Knight in May Last 1616" the manuscript was published in 1617 and further touted the viability of the colony in Virginia. After nine months in England, the party prepared to return to Virginia but were delayed by bad weather. Finally setting sail in March of 1617, the party had to immediately make port in Gravesend because Rebecca was gravely ill. Sadly, Rebecca died and was buried at St George's Church, Gravesend on 21 March, 1617. Their small son Thomas was sick as well, it was determined he was too ill to survive a voyage. Pressured to return to Virginia, John Rolfe appointed Sir Lewis Stukley as guardian to his son and returned to Virginia with Uttamatomakkin. Stukley had custody of Thomas Rolfe until his uncle Henry Rolfe could take over his care. It was intended that Thomas would return to Virginia once he recovered his health. Unfortunately, John Rolfe would never see his son again. Thomas did recover his health but remained in England until reaching adulthood.

Rolfe returned to Virginia and resumed his work with tobacco. In 1617 20,000 pounds of Orinoco tobacco was sent to England and in 1618 an additional 40,000 pounds were sent. About 1619, Rolfe married Jane Pierce, daughter of English colonist Captain William Pierce, who had survived the shipwreck of the Sea Venture along with John in 1609. They had a daughter, Elizabeth, in 1620, who married John Milner of Nansemond, Virginia, and died in 1635. John Rolfe died in March of 1622, immediately before the Indian massacre of 1622. His widow Jane later married English Captain Roger Smith.

The land given by Powhatan (now known as Smith's Fort Plantation, located in Surry County) was willed to Thomas Rolfe, who in 1640 sold at least a portion of it to Thomas Warren. Smith's Fort was a secondary Fort to Jamestown, begun in 1609 by John Smith.

Thomas Rolfe, who had grown up in England, returned to Virginia as an adult and married Jane Poythress. Poythress's English parents were Francis Poythress and Alice Payton. Thomas and Jane Rolfe had one child, Jane Rolfe, who married Robert Bolling and had a son, John Bolling, in 1676. Jane Rolfe died shortly after giving birth. John Bolling married Mary Kennon, daughter of Richard Kennon and Elizabeth Worsham of Conjurer's Neck. The couple had six surviving children, each of whom married and had surviving children. 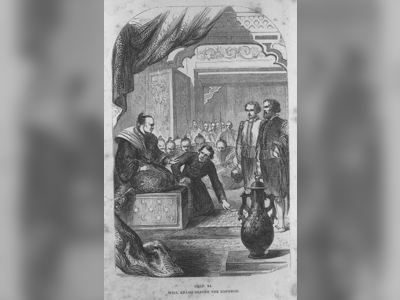 William Adams - Advisor to the Shogun 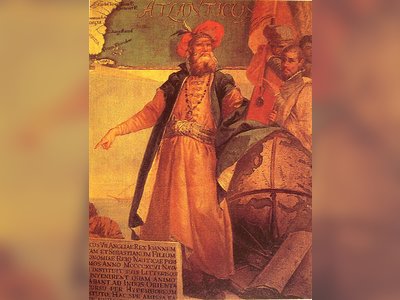 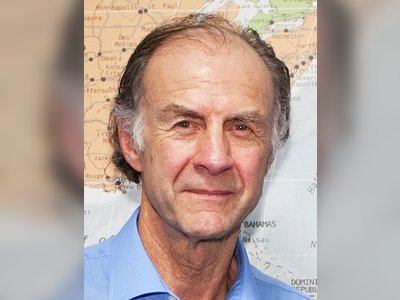 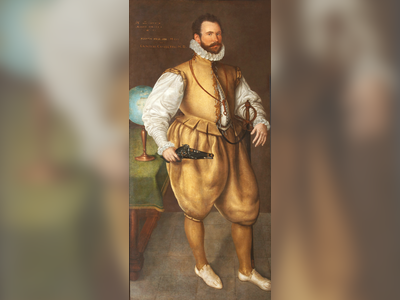